With respect to mining revenue, both Ethereum and Bitcoin miners have seen a 10% drop in the last week as fees continued to decline due to the aforementioned reduction in active addresses on the respective networks. 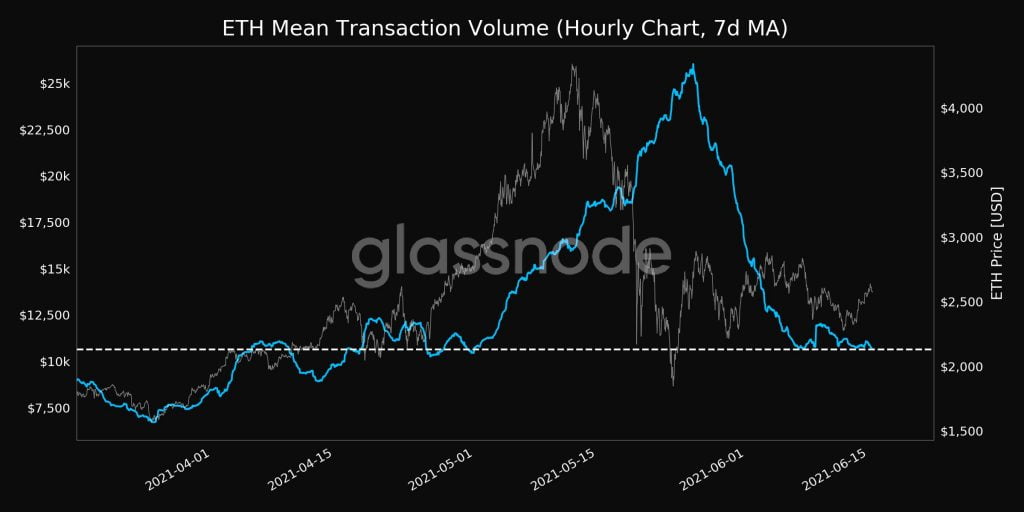 In other news, the American Investment Bank of Goldman Sachs, announced yesterday, that it was in the process of offering Ethereum futures and options to its clients.

The head of digital asses at Goldman Sachs, Mathew McDermott, further explained that demand for Ethereum investment products was the main reason behind the decision. Mr. McDermott further elaborated on this through the following statement in an interview with Bloomberg.

We’ve actually seen a lot of interest from clients who are eager to trade as they find these levels as a slightly more palatable entry point. We see it as a cleansing exercise to reduce some of the leverage and the excess in the system, especially from a retail perspective.