The US-based digital asset exchange of Coinbase Pro is now currently accepting deposits of Polkadot in preparation for the trading of DOT that will begin tomorrow, June 16th, at 9 am Pacific Time. Coinbase Pro announced the immediate listing of Polkadot yesterday, June 14th. However, Polkadot (DOT) is yet to be made available on the regular Coinbase.com and its mobile apps.

A brief look at Coinmarketcap reveals that Polkadot is the only top 10 digital asset exhibiting 24-hour double-digit gains. This then leads to the conclusion that the Coinbase effect is still alive and kicking in the crypto-verse despite the last few weeks of continual selling in the markets. The screenshot below, courtesy of the tracking website, highlights how Polkadot stands out from the rest due to the listing on Coinbase Pro. 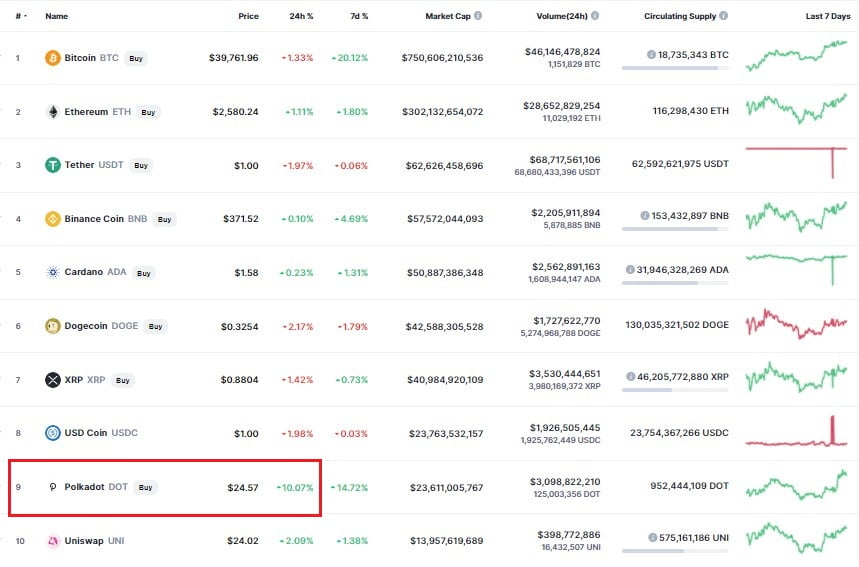 From a technical analysis point of view, Polkadot is performing a balancing act between bear and bull territory.

A quick glance at the daily DOT/USDT below, reveals that Polkadot is attempting to reclaim the crucial 200-day moving average (green) as support after trading below this crucial line for over a week. 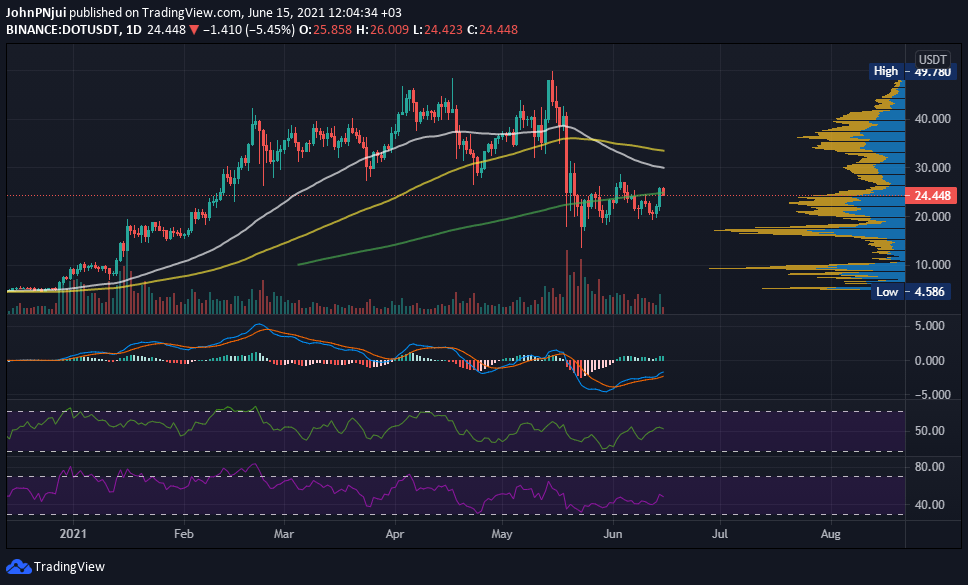 Also from the chart, it can be observed that Polkadot’s 50-day moving average (white) is attempting to avert the formation of a death cross. This, in turn, points towards an attempt by Polkadot traders to return DOT back to bullish territory. In addition, the daily MACD hints at a renewed interest in Polkadot by buyers.

The daily MFI and RSI are yet to enter into overbought territory. Therefore, Polkadot could be gearing up for additional gains as the trading of DOT begins tomorrow on Coinbase Pro. In terms of resistances above the 200-day MA, the 50-day moving average should be a tough area to break for Polkadot at the $29.80 price area.